Our little man is ten months old! It’s hard to believe that so much time has passed since Pete came into this world and etched himself so firmly in our lives … he is my most favorite thing. 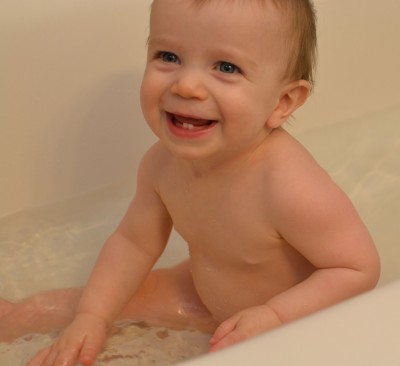 Pete is growing up so quickly!  I don’t have any official stats to report, but I would venture to guess that he is perfect (at least in my mind).  Pete is curious, funny, smart and occasionally mischievous.  He loves to open drawers and cabinets and take out all the contents. He loves to stand up and dance; he bounces his little legs, smiles and yells and has such a good time doing it.  He puts anything and everything into his mouth.  He seems to love all things that I wish he didn’t (the toilet, Bailey’s water bowl, the trash barrel and recycling bin) and he knows the word “no” but tends to ignore it.  Pete eats real food now and his favorites at the moment are string cheese, pita bread, yogurt, Cheerios and most fruits. He knows what he likes and what he doesn’t (carrots) and when he’s had enough, he rips off his bib and throws it on the ground.  He “talks” to his food and his toys, says “dada” and “no”, almost says “doggie”and is just a generally happy guy.  He claps and is learning to wave and I think is pretty close to walking.  Pete loves to climb the stairs and because there’s an echo in the stairwell, he yells the whole way up.  He is sweet and charming and just the best. 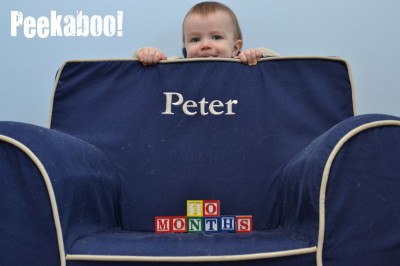 I had a special helper stretch me out after my run yesterday: 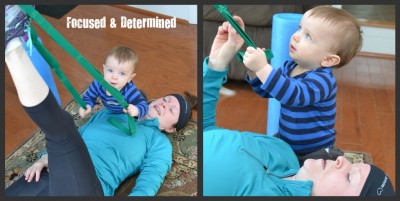 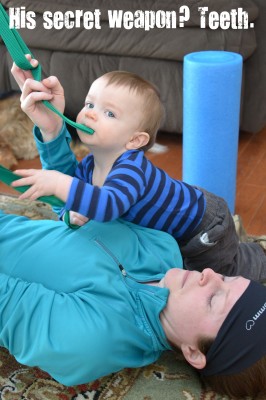 Hands down, he’s the most adorable physical therapist I’ve ever had!

Pete and I headed to Nana Quinn’s this afternoon for lunch with some very important ladies:

His cousin Gracie was supposed to be there too, but ended up not being able to make it.  That didn’t stop Pete from having a blast though.  Per usual, he was a little ham and took great pleasure at being the center of attention.  He yelled, he talked and he flirted shamelessly with his adoring crowd.  He was spoiled with presents from Nana Quinn and loved playing with his new toys. 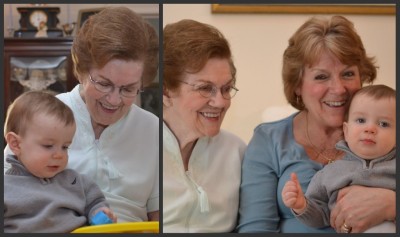 Nana Quinn has such a way with Pete.  He is never shy with her and she knows exactly how to make him smile and laugh.  They seem to understand each other perfectly and I just love watching them together: 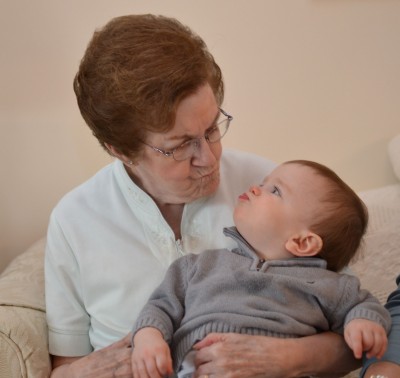 Bailey hasn’t gotten much love on the blog lately, but she is still our favorite (very tolerant) four-legged friend!

Pete was quite a ham during his photo shoot today.  He was screaming at the top of his lungs for most of the pictures.  He cracks me up – and I think he knows it. 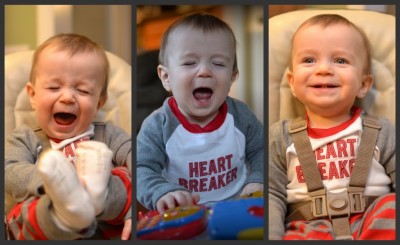 Pat and I went on a date tonight (our first true date in over nine months)! It is very hard to leave Pete, so we searched high and low for the perfect babysitter.  We learned pretty quickly that our first candidate wasn’t quite up to the task: 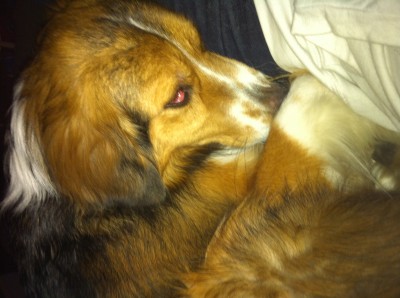 We had a backup (just in case) but he too wasn’t up for the Pete challenge: 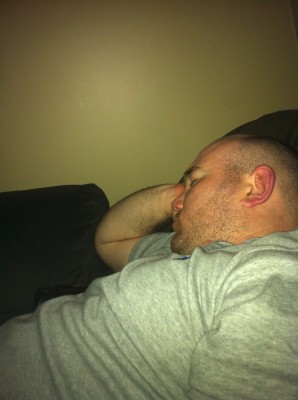 Luckily, we finally found someone suitable to babysit, stay awake and take pictures: 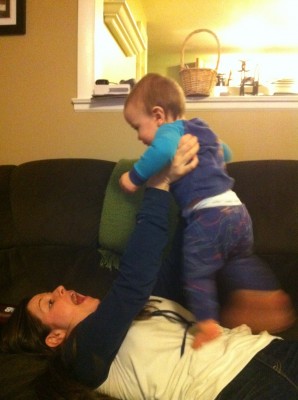 Thanks Auntie Kris and Uncle Shay for treating us to a much needed night out.  Pete had a lot of fun and we really were very comforted to know he was in good hands!

While the outcome of yesterday’s game was anything but super, we still had fun on Super Bowl Sunday and took advantage of the photo opportunities: 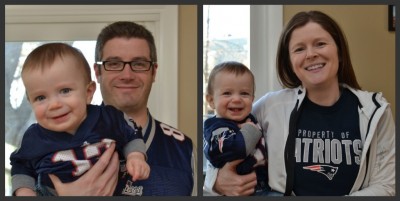 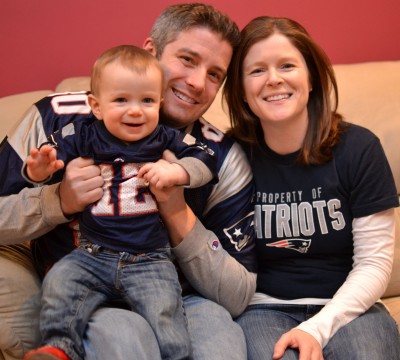 Luckily, it’s hard to stay sad for long when Pete’s around.  His smile and his laugh are infectious and he’s just so darn cute all the time!

Auntie Kristen fed Pete this weekend.  It wasn’t the neatest operation, but Pete certainly didn’t mind and it was very entertaining for the rest of us: