Poor Pete’s had a rough start to his birthday.  For the first time in his two years, he threw up.  And was up all night intermittently throwing and going.  We all cuddled on the couch overnight and it was heartbreaking to watch him feel so miserable.  He was such a trooper and seems to be on the mend now, so hopefully that is the end of it.

If I thought Pete’s first year flew by, his second year has gone even faster.  I cannot believe he is two already!  He’s been very excited about his birthday and we had plans to go to the aquarium for the day, but we had to postpone and will hopefully go another day soon.  He took the news pretty well and we’re still hoping to go to the zoo tomorrow.  Pete’s one request for his birthday was a motorcycle, but I told him that would likely never happen on my watch … I think he’ll survive 🙂

A lot has changed since this day two years ago: 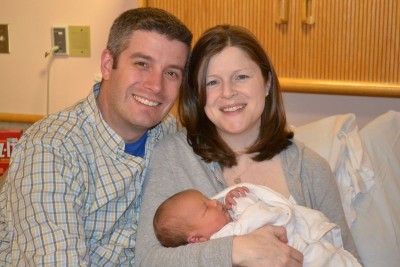 Pete is such a sweet, funny, happy, smart and lovable guy.  He gives the best hugs, is so empathetic and sometimes I still can’t believe he’s our son.  We won the lottery when it comes to kids. He has truly changed our lives in the most amazing way possible.

Happy Birthday Pete!  We love you so much and are so lucky to be your parents.

Finally. We’ve been taking advantage of the great weather and doing lots of playing outside.  Pete loves going to the playground, and luckily there are a couple within walking distance of our house. Slides make him happy! 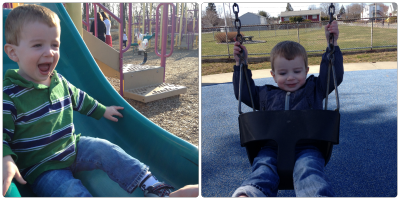 We’ve also been spending lots of time at the zoo.  Not only does Pete love the animals (elephants and giraffes are his favorite) but there is a cool little playground too, and his favorite thing to do is paint. 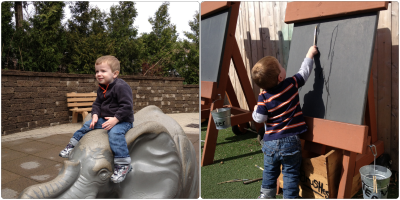