Pete had a major change to his routine this week.  I started a new job as a school nurse, which meant that Pete started school too!  He is still lucky enough to be watched by his grandparents two days a week, but will now go to school three days a week.  We looked at several schools in our area, but all loved one the best. We’ve had several play dates there and talked a lot about this new chapter in our lives, so his first day wasn’t a total surprise to him. He’s so easygoing and really enjoyed being with the other kids.  On his last play date before he started, he didn’t want to leave and kept asking to “play kids?” … so that helped make us both feel better, as we agonized over the decision on whether to give up my 24 hour/week job in the hospital to start working five days a week.  We ultimately decided that working shorter days and having weekends, holidays and summers off would be better for our whole family. 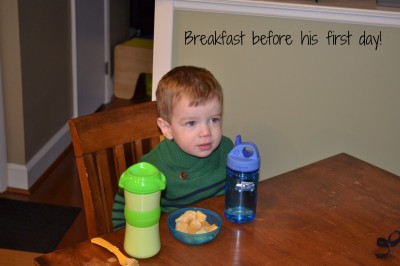 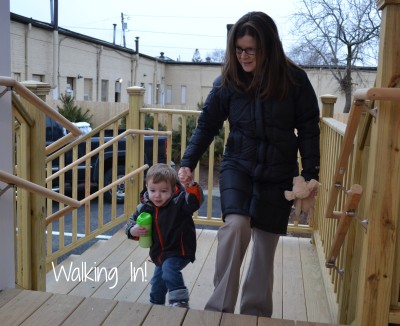 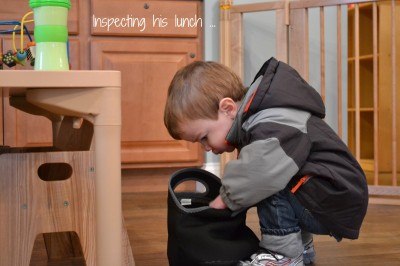 It was incredibly difficult to leave him that first day.  He was so excited to be there playing until he realized that Pat and I would be leaving.  Then the tears started.  The teachers promised us he would be okay, and I stood in the hallway until he stopped crying (crying myself, of course).  The school has webcams in every classroom, so we were able to check in on him all day.  His teachers also called with updates to let us know how he was doing.  He was a little tearful at times, but overall had a great first day and I know he’s going to love it.  We lucked out this week too because I had my first snow day today and got to stay home and snuggle with my buddy all day instead!

3 thoughts on “First Day of School”