We had a great vacation at the Finger Lakes with Bana, Birdie, KK, ShayKay, Tim, Jenny, Quinn, Reece, Lena and Brennan … and the three dogs!  We all rented a house on Seneca Lake in upstate NY and it was great to spend time together.  Pete loved getting to play with his cousins every day.  He and Lena are six months apart and two little mischievous munchkins.  They were in cahoots much of the trip 🙂

Our trip started on Sunday, and we left the house bright and early for our 6ish hour ride. The car was packed with all sorts of stuff to keep Pete entertained, and he did great.  He and B took a nap together after lunch and we arrived just in time to unload the car in a torrential downpour. I can never understand how Bailey is comfortable sleeping like this, but if she and Pete are in the car together, she always sleeps on him.  It’s so cute: 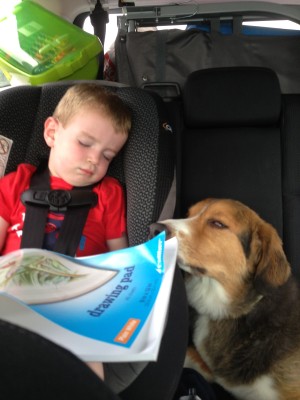 We didn’t think Pete would sleep in a pack-n-play, so we bought a kids air mattress (with construction sheets!) and crossed our fingers that he would sleep in a bed for the first time in an unfamiliar place. Luckily he was so exhausted from all the excitement he slept just fine!  Pat or I had to stay with him for a bit, but once he fell asleep, he stayed asleep the whole night and would wait until Pat or I said hi in the morning before getting up and jumping into our bed.  He looked so grown up in his big boy bed: 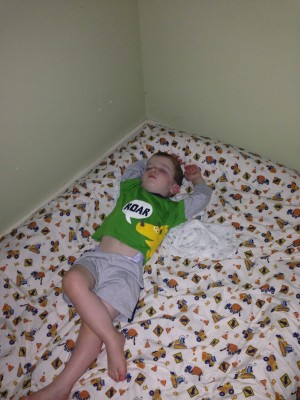 On Monday we went to the Seneca Lake Spray Park – we had never been to one of these and it was so much fun!  The weather wasn’t great, but the kids didn’t mind a bit.  There was a playground, small beach (with no swimming during the week-weird) and then the spray park. It was a huge hit with the kids and I have no idea how they weren’t bothered by the cold water: 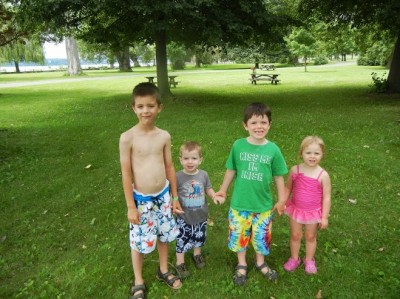 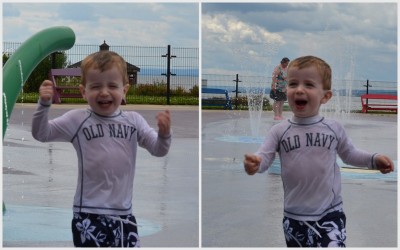 Tuesday was winery day, but it turns out that wine tasting is incredibly difficult with 5 small children!  The first winery we went to had tastings for kids, which was so cute and kept the kids entertained for about two minutes.  We all had lunch altogether and then Bana offered to watch the four older kids so we could actually enjoy ourselves. 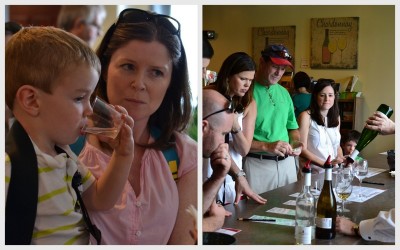 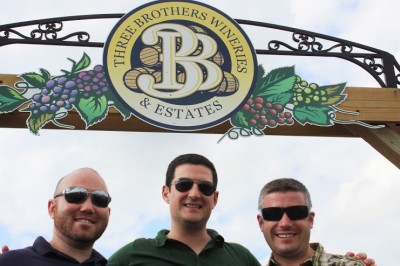 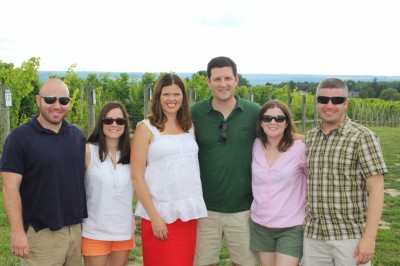 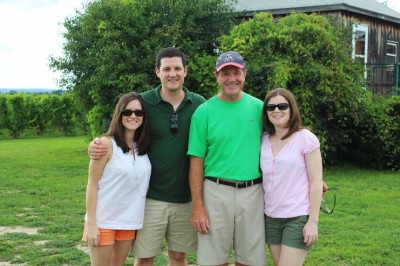 On Wednesday we all went to Niagara Falls.  It was about a two hour drive to Canada, but well worth it.  We walked across the border, which was neat and then spent the day exploring and being tourists. 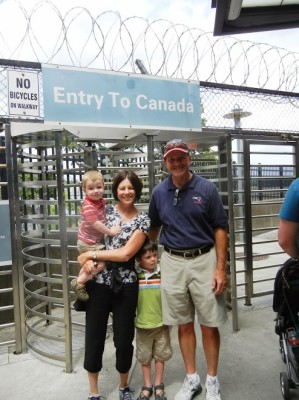 We rode the Maid of the Mist and it was such a cool way to see the Falls; the pictures truly don’t do them justice: 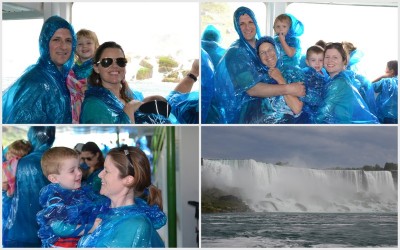 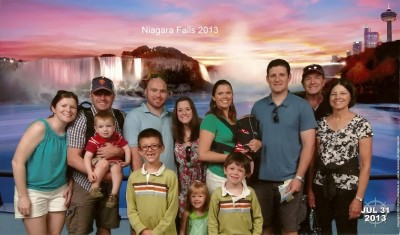 We rented a pontoon boat on Thursday so we could cruise the lake (and tube!) but the weather didn’t totally cooperate. We still had fun though, so it was definitely worth it! 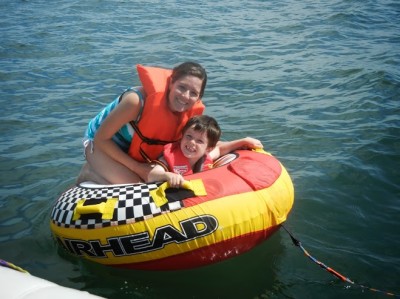 Pat, Pete and I decided to go to Watkins Glen for the afternoon too. We saw signs for the The Glen so we decided to check that out first.  I have never been to anything Nascar in my life, but the raceway was actually really cool.  It was gigantic and while there weren’t any events going on, the stadium was still open for a race starting over the weekend, so we were able to explore and walk around a little bit.  Pete loves anything and everything race car related, so he thought it was pretty darn cool too. I don’t think we’ll call ourselves Nascar fans anytime soon, but I do think it would be pretty neat to see an actual race take place! 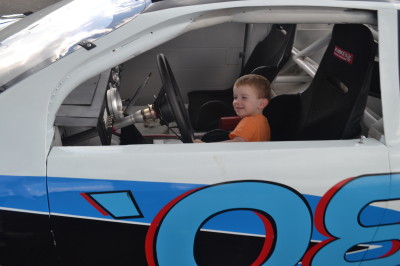 The rest of the week was pretty lowkey.  We weren’t able to swim at the house, but there was a hot tub and a fire pit and we had fun just hanging out and being lazy. At night we made s’mores and would wait for the freight train that came by every night: 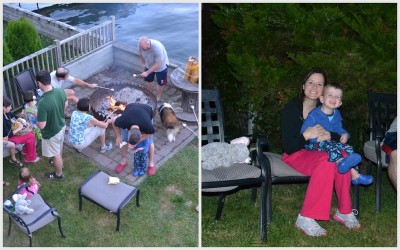 Tim and Jenny organized a family photo that turned out surprisingly well and didn’t end up with any cameras in the water – though it was close a few times! 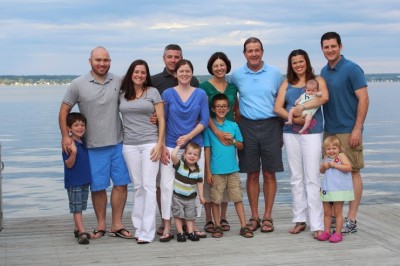 We crammed a lot into one week and it flew by.  It was a great trip and everyone still likes each other … in fact, we’re planning to make it a bi annual event and are already brainstorming a 2015 trip!